But once Christ has completely fulfilled the role of humanity’s “Lord,” Calvin explains, “Then he returns the lordship to his Father so that—far from diminishing his own majesty—it may shine all the more brightly. Then, also, God shall cease to be the Head of Christ,8 for Christ’s own deity will shine of itself, although as yet it is covered by a veil.” Calvin adds, the incarnate Second Person of the Trinity “will cease to be the ambassador of his Father, and will be satisfied with that glory which he enjoyed before the creation of the world.”9

B. B. Warfield agreed that the term “Lord” indicates “function”10 in Christ’s mission, as can be seen in his explanation of why “Paul might very well call Christ ‘Lord over all’ but not ‘God over all.’’’ To him, “‘Lord over all’ would have meant, however, precisely what ‘God over all’ means.”11 Warfield specifically denies

that Paul in currently speaking of Christ as “Lord” placed him on a lower plane than God. Paul’s intention was precisely the opposite, viz., to put him on the same plane with God; and accordingly it is as “Lord” that all divine attributes and activities are ascribed to Christ and all religious emotions and worship are directed to him. In effect, the Old Testament divine names, Elohim on the one hand, and Jehovah and Adhonai on the other, are in the New Testament distributed between God the Father and God the Son with as little implication of difference in rank here as there.12

Instead, for Warfield, “despite this earthly origin of His human nature, He yet is and abides (present participle) nothing less than the Supreme God, ‘God over all [emphatic], blessed forever,’”13 “our ‘great God’ (Titus 2:13).”14 “Paul couples God our Father and the Lord Jesus Christ in his prayer on a complete equality.”15 Even “the adjective ‘only begotten’ conveys the idea, not of derivation and subordination, but of uniqueness and consubstantiality,”16 since Jesus “places Himself in a position, not of equality merely, but of absolute reciprocity and interpenetration of knowledge with the Father.”17 Clearly, both Calvin and Warfield affirm that a temporary (not eternal) submission of one of the Persons of the Godhead in the incarnation was a mutually agreed-upon part of God’s plan for saving humanity from eternal condemnation, wherein a Person of the Godhead became fully human, while remaining fully God (John 1:1, 14).18 Jesus Christ, God-Among-Us, “pitched the tent of a body” (skēnōn, John 1:14), much as the tabernacle, the tent of meeting, was placed in the center of Israel’s encampment so that humans could encounter God face to face. According to the Bible, there is salvation through no other name than that of Jesus Christ and through no other means but the death of Jesus Christ for our sins (John 3:16; Acts 4:12; 1 Tim 2:5–6). Humans witnessed the spirit of servanthood that God values and displays. It was exemplified by the once-and-for-all sacrifice of God-Among-Us to restore humanity to God’s favor through God’s grace (Heb 10:14). God’s mutual deference models a virtue for both men and women to follow.

Suggestions that superiority and inferiority of authority eternally exist among the Persons of the Godhead are problematic. All God’s attributes are essential. We should not posit distinctive, unequal attributes that divide God’s substance. If divine attributes are ranked in a hierarchy, then it necessarily follows that the lower ranked are of inferior quality. Therefore, it is contradictory to say that they share the identical substance (ousia), and yet the degree of each attribute can differ according to rank. Such an eternal distinction makes the Son less in authority than the Father, thereby dividing and separating the one God. Such radical social Trinitarianism ends up as tritheism. Affirming one God in three coeternal, coequal Persons is, therefore, necessary to preserve and perpetuate the one faith once given to the saints. 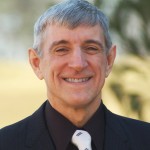 Sign your name of support of the Evangelical Statement on the Trinity.

“An Evangelical Statement on the Trinity” with an academic explanation, by William David Spencer (92.3 KiB, 1,928 hits)